KINGSGATE AND ITS THAI SUBSIDIARY, AKARA RESOURCES public company limited, Own THE CHATREE GOLD MINE IN CENTRAL THAILAND

The Chatree Gold Mine (“Chatree”) is located in central Thailand, approximately 280 kilometres north of Bangkok. Chatree’s operations have historically been a large scale, low-grade, open pit gold mine.

Chatree has always had an outstanding occupational health & safety record coupled with stringent environmental controls that made it one of the world’s safest and best practice gold mines.

As a result, Chatree has received numerous awards for its impeccable health and safety record and environmentally sustainable operations.

Since the announcement in May 2016, Kingsgate has been focussed on ways to remedy the situation. More information on the status of the Chatree Gold Mine can be found HERE. 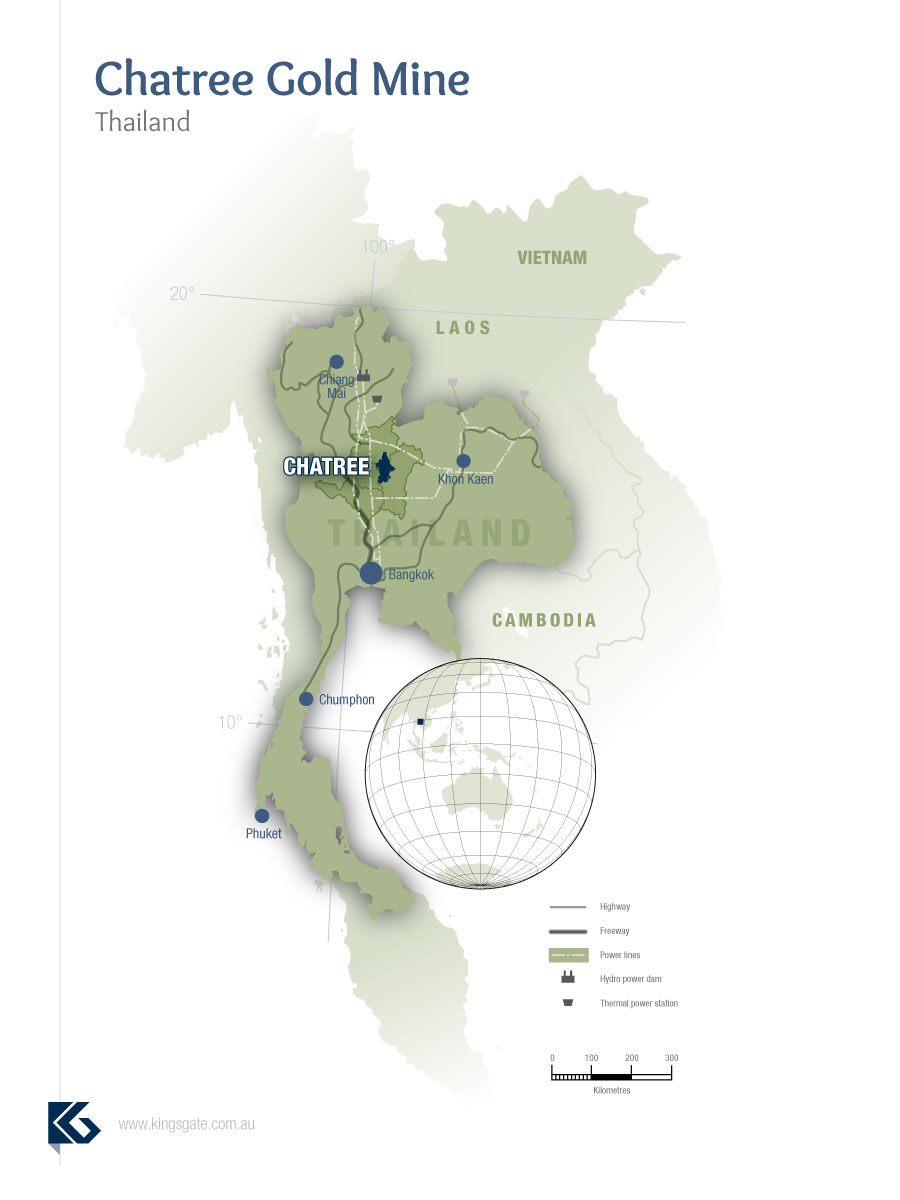