THE NUEVA ESPERANZA OR “NEW HOPE” PROJECT IS LOCATED IN THE MARICUNGA GOLD BELT OF THE ATACAMA REGION OF NORTHERN CHILE, 140 KM NORTH-EAST OF THE CITY OF COPIAPO, A REGIONAL MINING CENTRE. 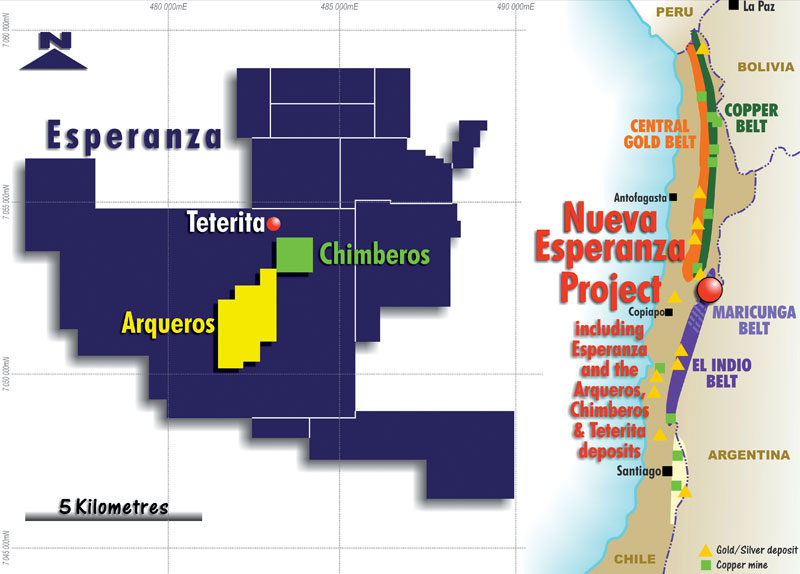 Nueva Esperanza is 100% owned by Kingsgate Consolidated. It is a silver and gold project comprising several well-defined deposits hosted in a high sulphidation epithermal (hydrothermal) system and a number of undeveloped exploration targets. The main deposits are Arqueros, Chimberos and Teterita.

Kingsgate acquired Arqueros in 2009, with the subsequent acquisition of Chimberos and Teterita (Esperanza) in 2011, and consolidated the tenements into the Nueva Esperanza Project. This Project is a key bridgehead to expand Kingsgate’s production and cement its position as a premier intermediate precious metals producer.

Arqueros has been previously mined on a limited scale by underground methods, and Chimberos was exploited as an open pit. About 32 million ounces of silver were recovered from Chimberos ore over a 13 month period in 1998/99.

Following completion of the 2014/15 exploration program and a new Mineral Resource estimate, a number of significant outcomes were evident including:

Following the discovery of Chimberos Gold and the substantial upgrade to the total Mineral Resources, Kingsgate has commenced a project optimisation study in conjunction with Ausenco that will utilise the comprehensive technical work completed to date and incorporate the newly enlarged Mineral Resources. It is also believed that significant opportunities may be available to benefit the project within the current mining landscape.

The study, which has an anticipated timeline of three months, is intended to deliver the following:

While water and power options are currently in place, there has been a structural shift in the power generation and distribution market in Chile that is anticipated to significantly lower the cost of electricity for the project.

The mineralised silver and gold deposits are hosted within Tertiary-aged volcanic units in the case of Arqueros and Teterita, and Paleozoic sediments for Chimberos. The alteration and mineralisation are Miocene in age and associated with hydrothermal activity of the Cerro Bravo paleovolcano.

The vertical gold-rich mineralisation, also characterised by vuggy silica, is well-developed at Arqueros and Chimberos in silica ledges and hydrothermal breccias. The ledges have been interpreted as feeders for mineralising fluids indicating strong structural controls and understanding these has been instrumental in discovering additional high-grade gold mineralisation on the project area. 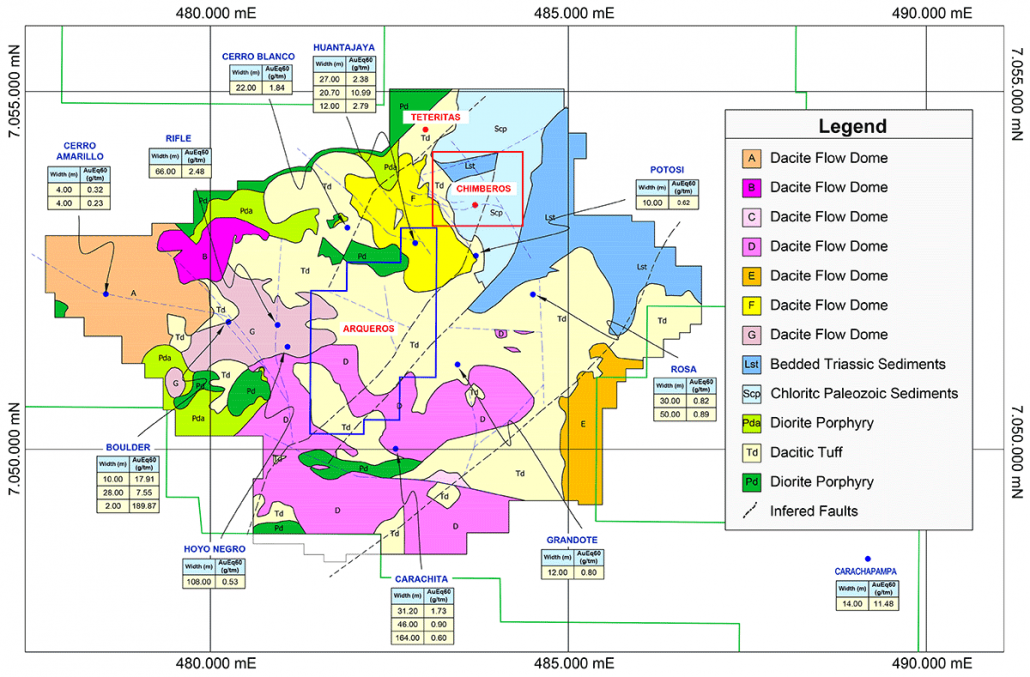 The mineral resource (Table 1) and ore reserve (Table 2) of the combined Arqueros, Chimberos and Teterita, is based on resource block modeling and mine optimisation. 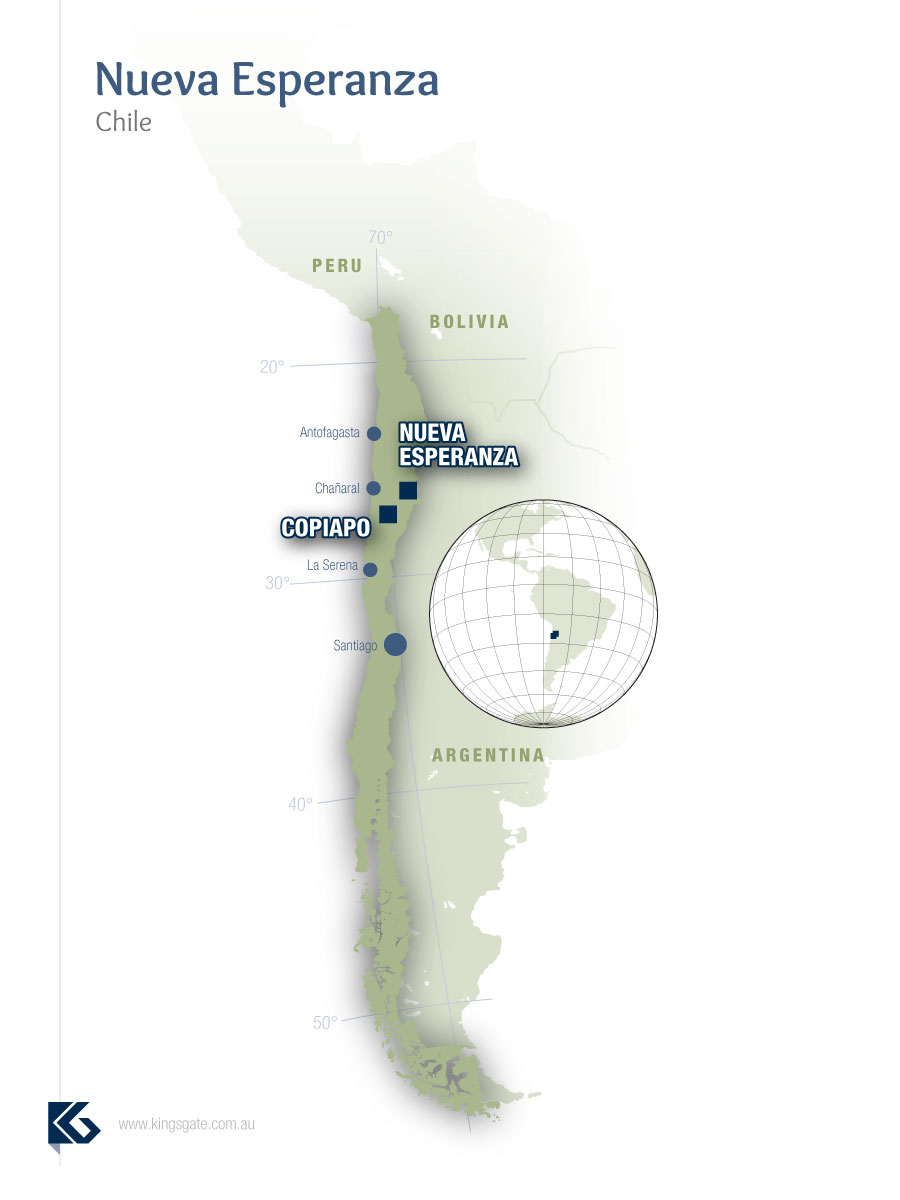 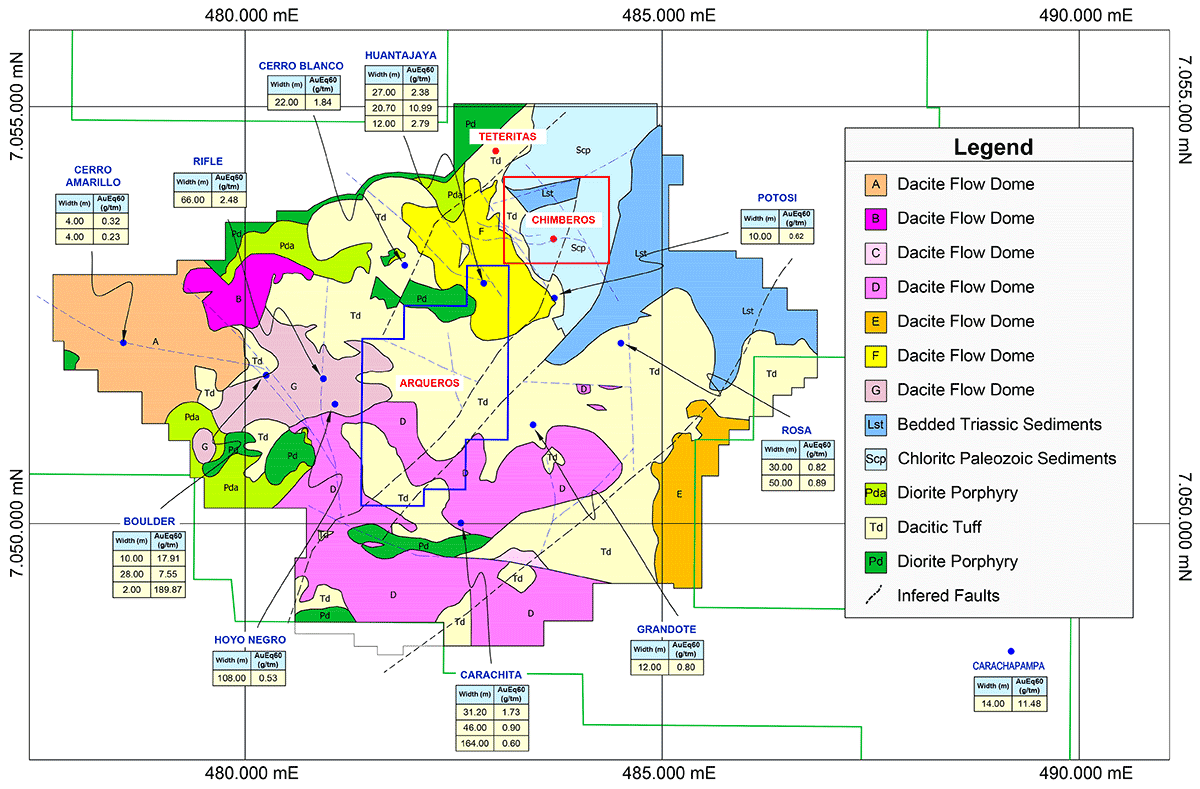