Kingsgate Consolidated Limited (ASX:KCN) (“Kingsgate” or the “Company”) advises that Kingsgate and the Defendants to Kingsgate’s Claim under its Political Risk Insurance Policy have consented to Orders by the Court in relation to the service of expert evidence and discovery, with the matter to come back before the Court on 1 June 2018 to obtain a hearing date.

Kingsgate currently expects that the matter will go to trial some time prior to the end of calendar year 2018.

Kingsgate Consolidated Limited (ASX: KCN) (“Kingsgate” or the “Company”) provides the following update with respect to its claim under its Political Risk Insurance Policy (“PRI Claim”) and its claim against the Kingdom of Thailand under the Australia Thailand Free Trade Agreement (“TAFTA Claim”).

On 27 March, the Company engaged in the confidential Court ordered mediation of its claim against Zurich Australia Limited and other named insurers for recovery under its Political Risk Insurance Policy.

The dispute was not settled during the course of the mediation.

Kingsgate remains open to achieving a settlement, but in the meantime will continue to prosecute its claim against the insurers in the Supreme Court of New South Wales.

The Arbitral Panel which will determine the TAFTA Claim has now been constituted The Tribunal has adopted a Procedural Calendar which provides that the merits of the TAFTA Claim will be heard on 18 November to 29 November 2019. However, the Tribunal has also ordered that the proceedings are to be kept confidential, except where disclosure is required to fulfil a legal duty.

Kingsgate remains committed to seeking a settlement of the matter with the Thai Government.

As required by section 251AA(2) of the Corporations Act 2001 (Commonwealth) the following statistics are provided in respect of each resolution on the agenda. 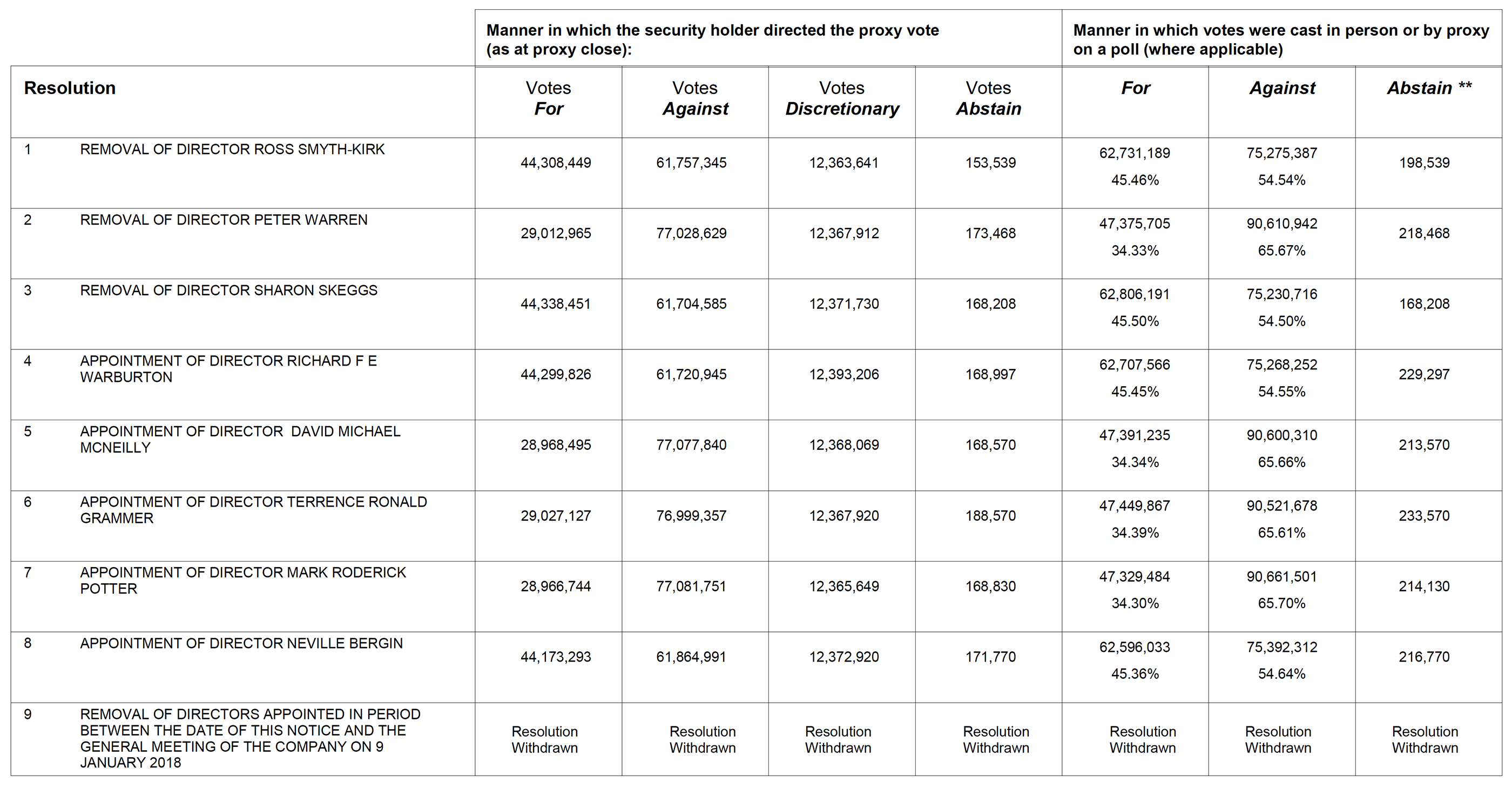 ** – Note that votes relating to a person who abstains on an item are not counted in determining whether or not the required majority of votes were cast for or against that item.